My colleague Jason Margolis recently went to Liberia to report a few stories for The World. While he was there, he spent some time with his childhood buddy Jason Hepps, who has lived and worked in Liberia for five years. Long story short, the two Jasons  found themselves judging a Liberian proverb competition.

Liberian English and its cousin Liberian Kreyol are littered with pithy sayings. Most of them, though,  are as incomprehensible as badly translated Chinese fortunes. For example:  Your child cannot poo poo on your lap, and you cut your legs off, you just have to clean them off.  Or: If one keeps pressing a young bird in his palms, the bird may one day stooled in his hands. So, on the face of it, lots of toilet humor. But the meanings of many of these sayings aren’t intended to be  funny. Several include refererences to Liberia’s civil war and refugee camps. Jason’s report centers around the night when he and his fellow Jason — with plenty of help from local experts — picked the best proverb.

Is this script a language? Yes and no. The writing system is Arabic. But the language isn’t. In this case, it’s Mandinka, one of many African languages that often use Arabic script. In fact, these languages have borrowed Arabic script  for more than a thousand years. What’s interesting though, is that Ajami has been overlooked by most historians;  African history has been told through the lens of  English, French or Arabic documents. Also, because Ajami isn’t a language, Africans who used it were often classified as illiterate, even though they were quite capable of writing sentences of Mandinka or Hausa or Wolof. Now Ajami is getting a bit more respect, thanks to people like Fallou Ngom of Boston University and Dmitry Bondarev of the University of London’s School of Oriental and African Studies. 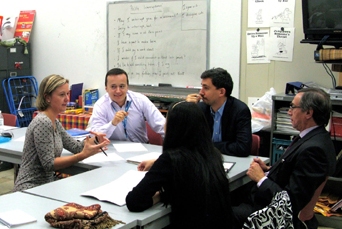 Every year, 4,000 staffers at the United Nations in New York sign up for language classes. There, they learn not just how to say things in other  languages but how to say them diplomatically. Which can mean being clear, or being extremely unclear, depending on what’s required.  That takes practise, as does learning how to interrupt and assert yourself without being rude. Most of us have trouble with that in our mother tongues.

Speaking in Tongues and Dreaming in Chinese 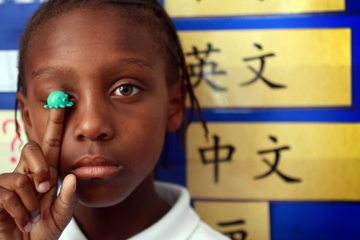 A new PBS documentary, Speaking in Tongues, follows four students and their families at dual immersion schools in San Francisco. The film offers evidence that the study of math, science and other subjects in more than one language gives students an edge, despite what some disapproving relatives might think.

I heard about this film many months ago. What really intrigued me about it was that the filmmakers — Marcia Jarmel and her husband Ken Schneider — have a big stake in this subject themselves. Ten years ago, they enrolled their older son into a Chinese immersion elementary school. A few years later, they did the same with their other son. It seemed to me that the best way to do a story about the film was to do a story about the Jarmel-Schneider family. So I interviewed them all at their house in the Richmond District of San Francisco (where many local stores are owned by Chinese speakers).

Of the four school students profiled in Speaking in Tongues, one is close in circumstance and motivation to the two Jarmel-Schneider boys.  Julian Ennis is a high school sophomore, whose white middle class American parents have no obvious link to China or the Chinese language. Yet their son is taking the highest level of Chinese offered in San Francisco schools. He — and they — are in it for cultural exposure, as global citizens.

Among the the others profiled, Durell Laury is attending a Chinese immersion elementary school. He is the only kid from his housing project going to that school. He mother says learning Chinese is “a way in and a way out.” There’s also Jason Patiño, attending Spanish immersion school. His Mexican parents — who didn’t attend a day of school themselves — listen to other Spanish speaking parents at the school, as they demand more English be spoken. But without the Spanish Jason is learning in class,  chances are he’d forget the language of his parents.

Finally there’s Kelly Wong, whose Chinese-American parents speak virtually no Chinese. Kelly is learning both Mandarin and Cantonese. This allows her, among other things, to have a meaningful relationship with her Cantonese-speaking grandmother. There’s one extraordinary scene at a family banquet, at which her great aunt objects to her learning Chinese, while another family member defends the decision to send her to Chinese immersion school. That scene feels like it could one day be America writ large, as migration and globalization bring the world to America, and the idea of bilingualism takes hold — and not just in polyglot places like San Francisco.

Local listings for Speaking in Tongues are here.

Also, I talk with linguist Deborah Fallows on living in China and learning Chinese. In Chinese, she says, rude is polite, and brusque is intimate. This comes out in all kinds of disorienting (no pun intended) ways, but the bottom line is, if people feel close to you in China, they will use a language of intimacy. That’s another way of saying they will dispense with please, thank you and other niceties. Their language is likely to seem harsh and abrupt.  Just remember:  it’s a compliment!  Check out other interviews Fallows did with Time and NPR. Better yet, listen to my interview with her, which is longer, weirder and funnier: we do Chinese names for foreigners, English names for Chinese people, and what happened to the language during the Sichuan earthquake. Here’s her book in the United States and the UK.

A back-to-school edition about learning in a second language. We spend some time in the classroom with fourth grade teacher Stephanie Blanco of  Gauldin Elementary School in Downey, CA to explore the challenges of teaching English language learners. ELL came to the fore after 1998, when California voters approved Proposition 227, which ended bilingual education.  In ELL classrooms,  everyone — whether they or not they are proficient in English — learns in English.

Gauldin has a good record of improving ELL students’ English skills, in marked contrast to many of the schools in neighboring Los Angeles. The situation there is so dire that the the U.S. Department of Education has launched a investigation to determine if if the Los Angeles Unified School District is violating the civil rights of English Language Learners.  The feds are also taking a look at Boston schools. (A few months ago, Carol Hills and I  discussed Arizona’s decision to penalize ELL teachers whose accents are deemed too foreign. Arizona is still defending its policy, which itself has come under federal scrutiny.)

Also in the podcast, a Creole-speaking Haitian girl newly arrived in New York City enrols in a high school, with help from a community group in Brooklyn. The girl fled Haiti after the earthquake there earlier this year. Like most Haitians, she wants to master the language and stay here permanently.  But she only has a U.S. visitor visa. 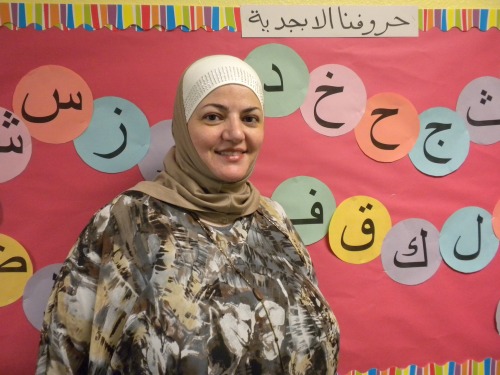 Then it’s back to California as an Arabic immersion program gets underway at FAME a public charter school in Fremont, CA. Reporter Hana Baba provided us with a nice slideshow of scenes from the school, including the photo above of school founder Maram Alaiwat. Not surprisingly, many of the students at this K-10th grade school are of Arab and/or Muslim descent.  More surprising is that the school has opened its doors to the FBI. The bureau offers FAME 5th graders the chance to become “junior special agents” . 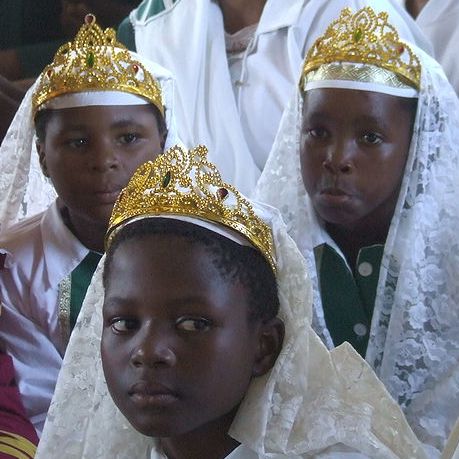 Finally, the first Zulu-English dictionary in 40 years has just been published in South Africa. Some English speakers already know a few words of Zulu (also known as isiZulu) — words like ubuntu. Zulu has also borrowed from other South African languages such as Afrikaans, and many Zulu words offer their own linguistic takes on apartheid and AIDS. We talk with the publishing manager of Oxford University Press South Africa.

Grammar tips in Brazil, and magic in a second language 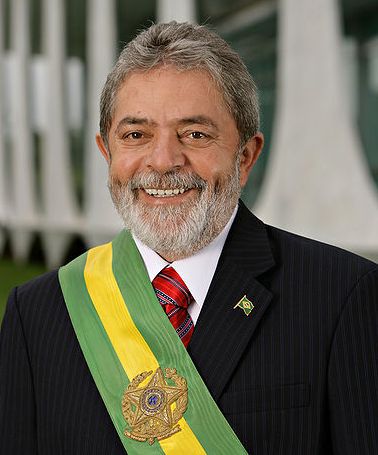 Forget their laidback image, Brazilians care deeply about grammar. One city has a long-established grammar hotline staffed by Portuguese language experts. Now the state of Rio de Janeiro is following suit. This may, or may not, be  in response to the many times Brazil’s head of state, President Luiz Inácio da Silva has loused up his lingo. Lula, as he’s better known, has embarrassed and amused Brazilians for years now with all manner of grammatical gaffes. It seems unlikley, though, that will consult the grammar hotline, either as president, or when he retires on January 1, 2011.

Then, an interview with the newly-crowned world record holder in speed-texting. Melissa Thompson speaks with Marco Werman about why she is so fast at thumbing messages — and why her boyfriend is so very slow. The two sentences that she thumbed in record time (25.94 seconds) were : “the razor-toothed piranhas of the genera Serrasalmus and Pygocentrus are the most ferocious freshwater fish in the world. In reality they seldom attack a human”. Test your how your text-writing skills shape up to Melissa Thompson’s here.

After a diversion by way of a Norwegian word (lakenskrekk; literally, bed sheet dread, or fear of insomnia), we consider the art of performing magic.

Specifically, performing in a language that’s not your native tongue. For magicians, this can be a huge challenge: so much about magic — the stories, the sell, the suspension of disbelief — is accomplished through language. So if a native English-speaking magician, for example, finds him or herself required to perform his routine in French, it requires far more than just consulting the dictionary for the equivalent of abracadabra or hocus pocus.  We speak with two magicians, native Hebrew speaker Asi Wind and native English speaker Prakash Puru (pictured), both of whom have made the transtition to performing in a second language.