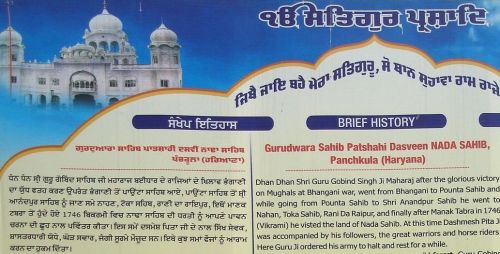 In the pod this week, Carol Hills and I pick our top five language stories of the past month.

5.The first Punjabi language public school in the US.  The Sacramento Valley Charter School is about to open. It will teach kindergarten through 6th grade in English and Punjabi. The school is aimed at the local Sikh population, which is largely overlooked in the United States (there are an estimated 200,000, compared to 278,000 in Canada and 389,000 in the UK. See here for more country populations).  In Canada, by the way, NHL games are broadcast with Punjabi commentary.

4. Bad translations with bad results. Hardly a week goes by without a business article or blog post extolling the virtues of global niche marketing. And that often means marketing in local languages to local tastes. Of course you have to make sure you don’t mess up the translations.  Many companies do — sometimes amusingly, sometimes tragically. This list, compiled by translation company Lingo 24, has examples of both.

3. Nigerian Pidgin radio is a hit.  Lagos-based radio station Wazobia FM broadcasts exclusively in low-status Nigerian Pidgin. After four years on the air, it is exapanding to other Nigerian cities. Nigerian Pidgin isn’t an official language of multilingual Nigeria, but it’s one of the more popular street vernaculars. On the pod, we hear some of it as broadcast by Wazobia FM, and as taught in an online language lesson. 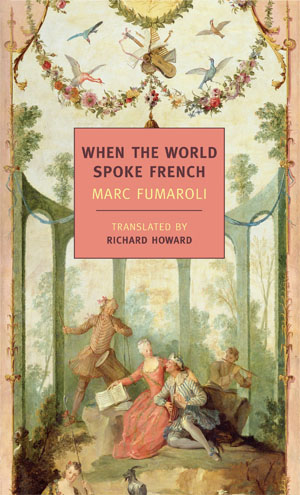 2. The rise and decline of French as an international language. A new book, When the World Spoke French, traces the growth of the French language. Author Marc Fumaroli is a member of that protector of  the language, the Académie française. His book is a sort of intellectual love letter to French.

The spread of French was unintentional, according to Fumaroli. The language rose to prominence in the 17th century (along with France itself). After Louis XIV revoked a ban on persecuting Protestants, French Huguenots fled the country. These free-thinking refugees flooded the capitals of Europe with their ideas, and their mother tongue. And so French became one of the leading languages of the Enlightenment.

Fumaroli spends less time on the decline of French. And he is optimistic that what made French popular 400 years ago — that it was a precise and poetic conveyer of Big Ideas — will serve it well in the future, albeit among fewer people. Reviews of the book are here and here.

British journalist Matthew Engel has railed against the invasion of what he calls Americanisms into British English. His BBC article was hugely popular, and largely inaccurate according to Language Log. That didn’t stop hordes of BBC users posting their own irritating “Americanisms”.  It also, thankfully, didn’t stop fellow podcaster Grant Barrett from penning a riposte on the BBC site.

On public radio show The Takeaway, host John Hockenberry called up Matthew Engel (who was at a cricket match, of all things). The two of them jabbed and parried, mainly entertainingly.  And Language Log continued posting (here and here). Still,  as a Brit who has lived in the United States most of my adult life,  I am now confused and a little disheartened. Let’s call the whole thing off.

Listen via iTunes or here.