Not that Australian English isn’t proper…

English is so widely and variously spoken that it barely can be called a single language. That hasn’t stopped grammar stickler Simon Heffer from trying to re-establish order.  The man is seriously old school, and he doesn’t like what any of Britain’s new schools are teaching –or failing to teach — about English usage. We take a trip with Heffer to a school in Suffolk, where he makes the case for his version of correct English: the difference, for example, between I will and I shall. Heffer doesn’t like it when English speakers get in a muddle over foreign terms. The Italian term panini, meaning sandwiches, has essentially become an English word. Most of us either don’t know or don’t worry that panini is plural.  Heffer, though, does. If he’s buying just one sandwich, he will insist on asking for a panino.

No-one’s going to arrest him for that. 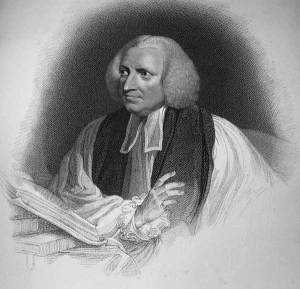 Heffer, of course, is far from alone in trying to control our use of  the language, before it descends into hellish and unseemly chaos, no doubt taking us with it.  In the eighteenth century,  English bishop Robert Lowth tried something far more proactive: he laid out a set of  grammar rules for English that were, essentially, borrowed from Latin. To that end, he criticized the likes of Shakespeare, Donne and Milton for their “false syntax”.   Podcast contributor Elise Hahl says Lowth partially won his fight for the Latinization of English grammar. She says that to this day, English is the poorer for it. That said, we  hold up Shakespeare today as the numero uno Literary God of the English language, not least because of his inventive rule-breaking. So maybe Shakespeare and loose English got their revenge.

Also in the pod, poet Les Murray describes some of the more colorful expressions of Australian English: papped, for example, means snapped by paperazzi (or, I suppose, paperazzo if there’s only one photographer, yes Simon?); a window licker means a voyeur.  The keeper of the Australian English flame, by the way, is the Macquarie Dictionary, well worth checking out.

Finally, we check in on a language school in India where the teachers have a strong sense of what constitutes proper English. Mr Heffer might approve.

For more on the endless variations of English, check out our discussion of Rotten English in this podcast from 2008.