Russia’s national lyricist, Canada’s language laws, and the rehabilitation of a code-breaker

This week, a look back at the career of the late Sergei Mikhalkov, who has died aged 96.  During World War Two, Mikhalkov wrote the lyrics to the Soviet national anthem.  After Stalin died, he rewrote the lyrics, expunging all mention of  Stalin. Decades later, following the collapse of the Soviet Union in 1991, the Russian government adopted a new national anthem, but no-one particularly liked it: it just didn’t sound grand and powerful enough.  So in 2000, Vladimir Putin re-installed the old tune  by Alexander Alexandrov and had Mikhalkov re-write the lyrics yet again. This time round, instead of praising Stalin or Lenin, the anthem gave a nod to God. As someone who so readily held his finger to the political winds, it’s no surprise that Mikhalkov took part in smear campaigns against the likes Boris Pasternak and Alexander Solzhenitsyn.  Of course that was during Stalin’s rule, which means that not participating in such campaigns could have dire consequences.

Next, a conversation with Keith Spicer on Canada’s 40-year-old language laws.  Spicer was the country’s first enforcer of bilingualism. Being Canadian, there wasn’t much enforcing– more like pusuading, cajoling and endless, endless debating. The way Spicer tells it, Canadians eventually embraced the law, with millions of English Canadians clamoring to learn French. He says that Quebec’s provincial language rules that outlawed signs in English and discouraged English-language expressions in French were silly but understandable, given the historical hostility to French in Anglophone Canada. 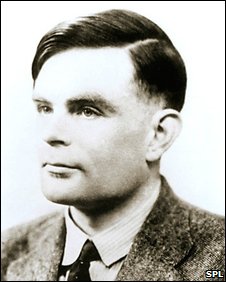 Finally, this month the British government finally apologized for its treatment of Alan Turing, who helped break the Nazis’ war codes.  When Turing’s homosexuality was exposed, the British government stripped him of his security clearance and prosecuted him for gross indecency. Faced with a prison term, Turing agreed as an alternative to hormone treatment. The treatment drove him to suicide in 1954.