Weird words like whiffling, and the elusive meaning of peace 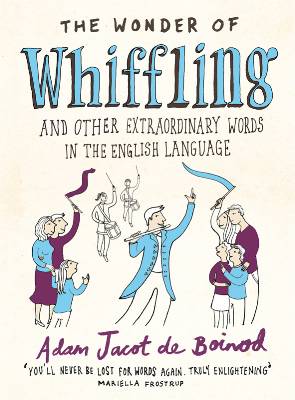 Adam Jacot de Boinod is  a seeker of obscure but colorful English expressions. It all began when he was working for a BBC program called QI with Stephen Fry. He was asked to find interesting words beginning with an A. So he picked up an Albanian-English dictionary and found 27 words for moustache and 27 words for eyebrow. That research eventually spawned two books, The Meaning of Tingo and Toujours Tingo. The two books list foreign words and phrases for which there are no direct translations, and they are favorites of this podcast, especially as source material for the Eating Sideways segment.   Of course, books that list words for which there are no English equivalents would seem to suggest that English has some deficiencies. And it does, but it also has more than its fair share of wonderfully inventive, if obscure, expressions. That’s where de Boinod’s new book, The Wonder of Whiffling, comes in. Read it, and  you’ll know whether you prefer to muppet shuffle or dwile flunk. You’ll know if you are a pozzy-wallah. Some of expressions are brand new, others long gone. Some are from Britain, but many hail from former colonial outposts where English is re-invented with the help of local languages and customs. It’s almost impossible to choose a favorite, so I’ll pick three:

Charientism (c.1589): an insult so gracefully veiled as to seem unintended.

Bend-down plaza (Jamaican English): a row of roadside peddlers, specializing in items that are hard to get in stores, because of import restrictions.

Dulosis (Greek) : the enslavement of ants by ants.

Also in this week’s pod, the meaning of the word peace.  Barack Obama is the latest public figure to tweak its definition when he accepted the Nobel Peace Prize and made the case for “just war”. 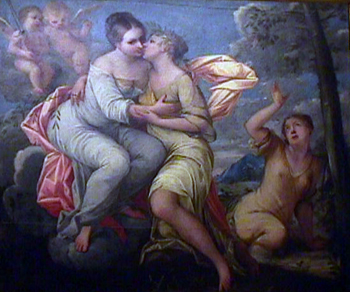 His arguments weren’t especially new. But in making them as  he collected the world’s foremost peace prize, Obama forced us to question our our settled sense of what peace is. He invited us to re-imagine it — or at least as it presents itself in the 21st century — as something that might be achieved only after vanquishing those who oppose peace. Before Obama got to talking about just wars, he acknowledged that he was no Gandhi or King . But he also pointed out that those figures were not heads of state when they espoused their theories of non-violence. Did Obama’s speech echo Psalm 85 and the painting above, the Kiss of Justice and Peace? (photo: Giovanni Dall’Orto) Or did it re-cast peace as the bastard offspring of war and justice? After we hear from Obama in the podcast, The World’s Alex Gallafent takes us through several alternative definitions of peace.